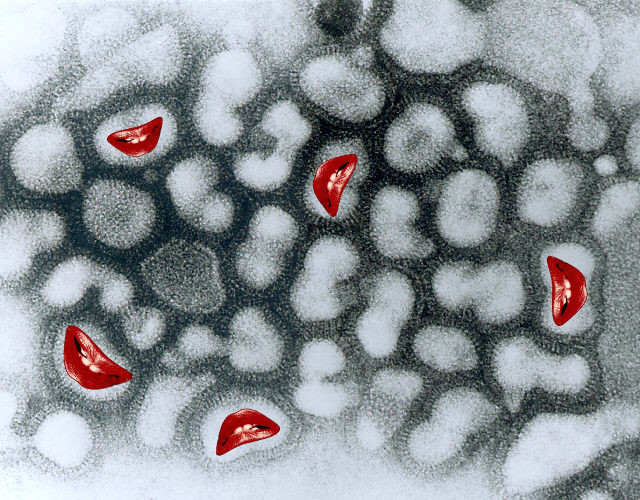 So here’s my random thought for the day:

What makes something go viral? OK. Bad question, I know. Every marketer, musician, and 14-year old video editor want to know the same thing. So here’s a better question:

Why does BAD stuff go viral more than good stuff?

Case in point: The Rocky Horror Picture Show. I’m sure many of you have heard of it. If you haven’t, you’ve been living under a Transylvanian castle. (And you might want to jump over to Wikipedia to get caught up.) At its core Rocky Horror is a really bad movie. I mean REALLY BAAAAD. If you don’t believe me, try watching it sometime and judge it based on its cinematic merit alone. The acting is over-the-top (even with Susan Sarandon and Tim Curry in the lead), the story line would play out better in a cheap novel, and don’t get me started on the sets… Actually the sets are really good. And the music’s pretty good too. But still, the movie sucks.

I’m sure many of you will argue that the movie is supposed to be bad, and I couldn’t agree more. It was originally written as a stage musical designed to parody science fiction B-movies. In 1975 some producer (actually it was Lou Adler of Cheech & Chong fame) decided to bring it to the silver screen. Much to everybody’s surprise it flopped.

So let’s fast forward to 2011. Here we are 36 years later and Rocky Horror is the longest running movie in history. With a budget of $1.2 million, it’s made that back over 100 times (115 times, actually). And it’s all because it went viral.

So this brings me back to my original question: Why?

I’m using Rocky Horror as a viral example for one very good reason. It existed before the words “viral marketing” became household words. There was no internet. Word of mouth was the only way it got around, and for it to gain word of mouth people had to like it (or at least like the experience of seeing it). So here’s the reason bad stuff goes viral (IMHO): People actually like seeing bad stuff, but they LOVE bad stuff when they can share it and laugh at it together.

I mean think about it. Trolololololo? Sucks. But if you share it with a friend it’s a party on a screen. Numa Numa? Ditto. And who can forget this gem. That last one came out over twenty years ago but didn’t become viral until recently. Maybe it just hadn’t gotten bad yet.

So to be viral, it has to be worth sharing somehow. I know it’s a stupid answer, but I think about it every time I write.

By the way, if you’re in Central Illinois and you’re interested in seeing The Rocky Horror Picture Show as it was meant to be seen (with all your friends) then click here —> How To Be an Unconventional Conventionalist

Nice. I think there are some other elements as well; for example, there’s the whole I’m-so-hip aspect of sharing a bad video; you have to be careful that folks don’t think you take it seriously!