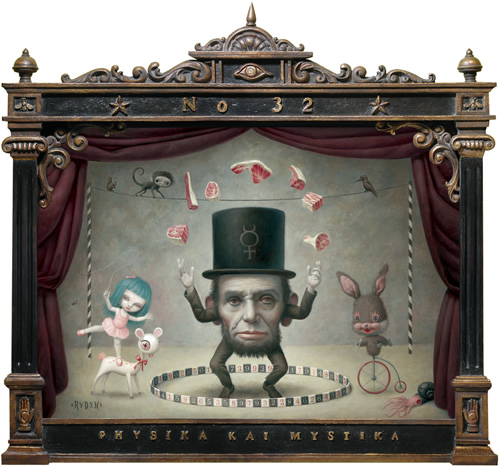 As a child I was frequently called the class clown. A nut. A strange child. I was always looking for an audience, too. It didn’t matter to me if the audience came in the form of classmates in the lunch room or the principal waiting for me to make “the wrong move”. I loved audiences and I always believed my audiences loved me.

When I was six, my parents bought a magic kit for me for Christmas. It sat in the corner of my room collecting dust for almost a year. When I finally re-discovered it after all that time I had forgotten where it had come from, but I was immediately drawn to it because of the promise printed on the outside of the box. I’m sure all it said was, “Over 50 tricks inside,” but what I read was, “Amaze your friends! Fool your enemies! Be the life of the party! ” That was enough for me. I opened the box with the same care Fr. Hawkins used when opening the tabernacle on Sunday morning.

Inside the box was a collection of disappointment. There was a hollow finger made out of stiff plastic, a deck of “trick” cards (they looked normal to me), a photocopied booklet, three cheap plastic cups, and a tiny plastic ball. There were also a couple of handkerchiefs and some sponges shaped like rabbits. How in hell was I going to amaze my friends with a tiny plastic ball? I shoved everything back in the box and tossed it in the plastic trash can in the corner of my room. I forgot it was there just as quickly as I had found it.

A couple of nights later, I had  a strange dream. In it, I was the ringmaster of a large three-ring circus. We were in the middle of a Sunday afternoon performance and I was backstage waiting to go on to announce a brief intermission. I felt a light tap on my shoulder. I turned around and locked eyes with an old man with a long gray beard. Before I could say anything, he began speaking.

“So, you’re the ringmaster,” he said.

“Oh, nothing,” the old man said. “Just wanted to ask you a question.”

“No you don’t.” The old man pulled back the curtain slightly and let me peak into the tent. All the action was frozen. “Follow me.” He pulled the curtain back all the way and walked slowly to the ring farthest from us. The whole time I followed him I was aware of the hundreds of eyes in the audience that didn’t notice us. When we arrived at the far ring he stopped and turned to me. “What do you see here?” he asked.

“The Diaz Family,” I answered. In the middle of the ring there was a family of four – a Mom, a Dad, a son, and a daughter – frozen in the act of leading trained dogs through hoops. They had joined our circus about two years ago and I had seen the act at least five hundred times. I didn’t offer any more details, and I’m not sure he would have heard me anyway. He had begun to walk back toward the center ring as soon as I tried to answer his question.

The old man stopped at the center ring and looked up. “What about here?”

“Those are Alex and Ivan Vorobyov. They’re trapeze…” He started walking away again while I was mid-sentence. “Didn’t you want to hear the rest?” I called after him.

He stopped at the third ring. “Who is this?” he asked. Before I even opened my mouth, he was walking back to where we had started. He walked out of the tent and the action started again immediately. I found myself standing there with my microphone in hand. The three acts had just finished and the audience was cheering. The spotlight swung over in my direction but stopped before it hit me. Suddenly the lights went out. The people disappeared. The tent disappeared. I was standing in an open field.

The old man was near me. “So, did they like your performance?” he asked.

“I didn’t give a performance,” I answered.

“Because I don’t have anything to perform. I have no act. I just keep the other acts running.”

“Yes, I would. Then people would pay attention to me. I want an audience to love me,” I replied.

“If you want an audience, the first thing you need to give them is an act worth seeing.”

I woke up. I got up out of bed and went to the trash can. I pulled out the magic kit and opened it slowly. It was time to become a magician. 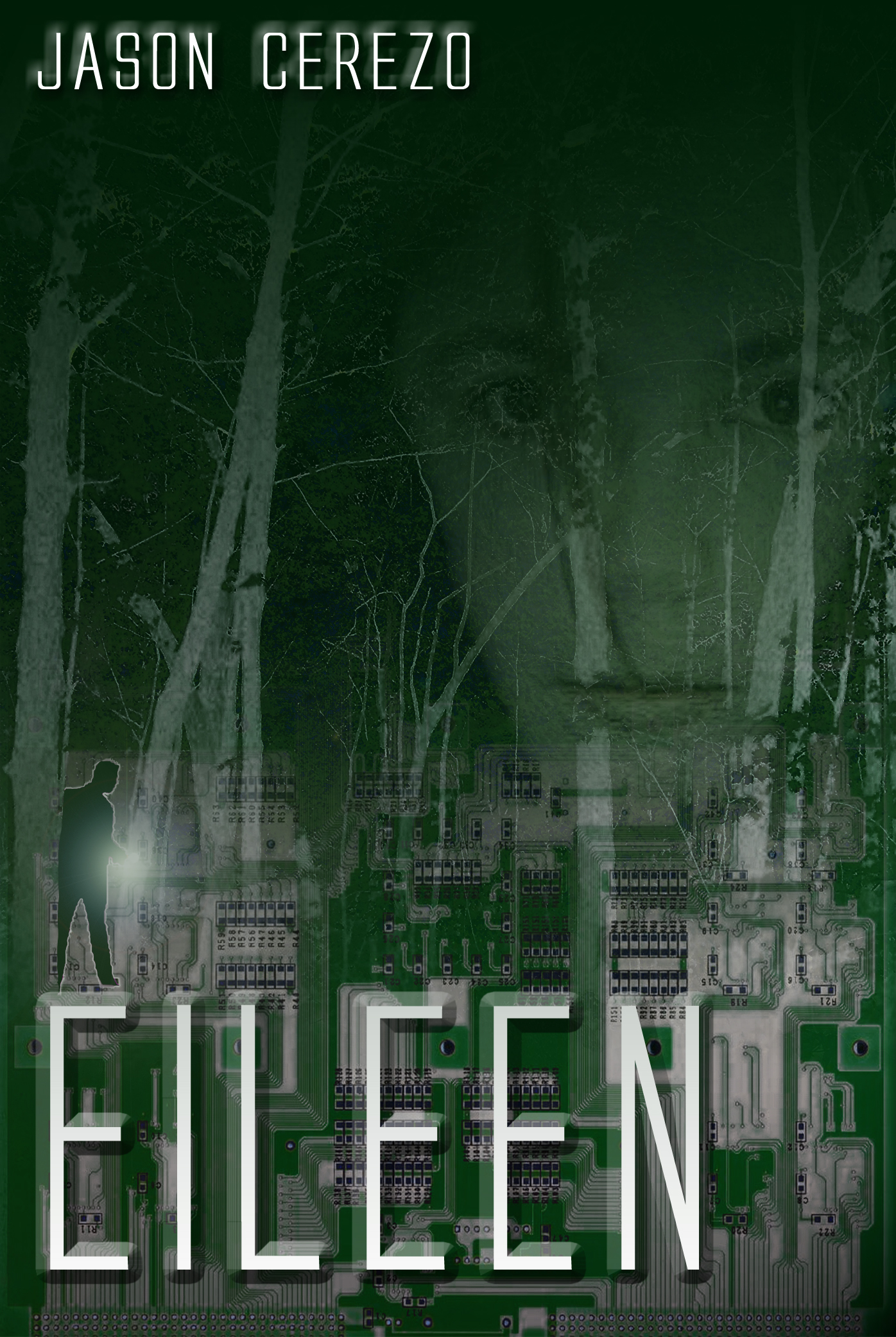 The next few days were business as usual for Steve. Get up. Go to work. Come home. Tinker. Go to bed. He worked as a security guard for a local tool manufacturer. In spite of his age, he was the most senior security guard there. Most of the other guards who had come and gone were using the job as a stepping stone to bigger things – mostly police work – but Steve was happy to stay there until retirement. The work was what most people would consider dull, but he didn’t mind. It gave him time to think about his electronics hobby without anybody bothering him. He didn’t mind interacting with people when he had to. In fact most of the employees thought of him as a very friendly person, but given the choice he would work in a room alone. He never gave anybody else much thought, but since that one phone call to Illinois Electronics he couldn’t get Eileen out of his head.

He wondered daily if he had spoken to his old girlfriend. He kept pondering that for some time but figured he’d never get the chance to know for sure. He searched Illinois Electronics’ website to see if her name came up in the staff directory, but there was no Eileen listed. He searched online for her a couple of times to no avail. Figuring she had married and changed her last name, he dropped the idea of getting back together with her. Besides, he didn’t really feel as if he could maintain a relationship.

“Good evening. Thank you for calling Illinois Electronics. How may I help you today?”

“Yes it is. I show that this is Steve Parker from East Peoria, Illinois?”

“Yes. You seem to know who I am.” He couldn’t get the nerve up enough to ask if she was the same Eileen he knew before. “The ball’s in her court. If it’s her, she’ll remember and say something,” he thought.

“I remember you calling about an XF-1126 resistor. Did you order that online or did you want to order it today?”

“Actually, I ordered it online the day after we spoke. You have a remarkable memory.”

“It’s a gift. I don’t forget much unless I crash.”

“Oh. Are you a caffeine junkie?” Steve asked, remember Eileen’s addiction to coffee and Mountain Dew.

“I was calling to place an order. I’m building a ham transceiver and I have quite a list here.”

“Not a problem. What’s the first part number?”

Steve started reading from his list. Eileen repeated each item back to him accurately and efficiently. As they were carrying on their conversation, Steve’s memory started to wander back to the days he and his young girlfriend had spent together. They never really talked about their future except that she would be waiting for him every night when he came home from work as vice president of a large electronics company. She was going to be a stereotypical 1950s-style all-American housewife.  Then it hit him. At one time he had dreams for his future. When she left, she took those dreams with her.

“Ok, Steve, your total comes to $58.53 with tax and shipping. Did you want to put that on the same credit card you used online?”

“Ok. I just need you to verify your address.”

“This is it,” thought Steve. “If it’s her, she’ll remember the address and respond.” He quickly rattled off his address, but Eileen didn’t show even a hint of familiarity.

“Ok. Your order is complete. You should have everything with a couple of days. Will there be anything else?”

“Is your last name Corbin?”

“I’m sorry, Steve. I’m not permitted to give out personal information.”

“You’re welcome, Eileen. I’m sure we’ll talk again-” He was cut off once more by the sound of a receiver click.

“Good morning. Thank you for calling Illinois Electronics. How may I help you today?” The generic female voice that came through the phone was a little detached, but not unfriendly.

“Sure. Are you looking in the catalog or on our website?”

Steve Parker was kind of a shy person. He wasn’t socially awkward by any means, just shy. An unassuming man of thirty years, Steve had never really ventured past his neighborhood. He rented a small apartment near the local high school; the same apartment that he had shared with his high school sweetheart since graduation. She moved out less than a year after that complaining he was too dull. Always tinkering and playing with his “radio stuff” as she called it. She was a beautiful girl, and Steve loved her very much. But being a shy person, he never bothered to venture out except for work. When she left him, he figured it had been a long time coming. All of their friends thought they were a very unlikely couple anyway. Steve didn’t take it too hard when she left.

It had been almost ten years since Steve had spoken to her, but there was something familiar about the voice on the other end of the phone.

“Do you have a part number?”

“Yeah. The site doesn’t say what the tolerance is.”

“Was there anything else?”

“Um… No. I, uh, just need to figure something out and I’ll just order them online if I need them.”

“Sounds great!” The operator sounded like she was trying to be enthusiastic, but fell short. “Before you hang up, do you mind if I get some details from you for our customer database?”

“I don’t need to be mailed anything. I really don’t like getting junk mail.”

“That’s fine. It’s just for survey information. Your zip code would be sufficient.”

Steve chuckled slightly at the reply and how similar it seemed both times. “Do you mind if I ask you another question?”

“I used to know an Eileen.”

“Steve is fine, Eil-.” He was cut off by the sound of a receiver click.