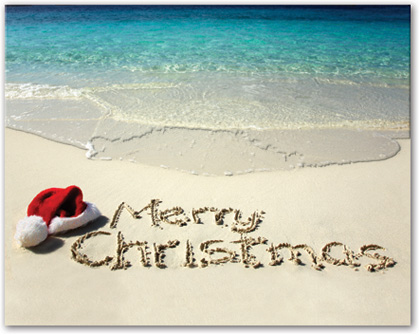 Growing up in South Florida I never entertained the possibility of snow on Christmas Day. It just didn’t happen. Every Christmas I remember was accompanied by the gentle hum of our central air conditioner turning on at some point. That’s just the way Florida winters were. I do remember the occasional cold night. My mother would cover me with an extra blanket and turn on the heater. “Stay warm,” she would say. “It’s supposed to get down to forty tonight.”

So this past Christmas Eve when the streets were clear and the grass was visible, I didn’t really notice that it hadn’t snowed yet this year. The forty degree heat wave felt just like Christmas to me. My oldest son thought differently though. His lone Facebook post on Christmas Eve read, “lost all hope of having snow on christmas :(“. This, of course, allowed me to spring into one of my favorite pastimes: a rousing rendition of, “Why, when I was your age…”

He was legitimately upset and didn’t find my game very amusing. I tried to introduce some levity to help ease his mood. I suggested we get a wood chipper and blow hard cheese on the front yard like they did in “Merry Christmas, Drake & Josh” but he didn’t like that idea. I also suggested we move Christmas back a month when our chances of snow would be increased, but of course that would mean a delay in presents so that idea flopped too. The only thing we could do would be to celebrate Christmas without snow, which of course we did.

All in all, it was a good Christmas – even without the snow. The kids got what they wanted with a few extra surprises thrown in and we had family and friends drop in throughout the day.

This evening, I took my son out to do some clothes shopping with some of his Christmas money. School starts back tomorrow and he needed some long sleeve shirts. As we were walking from the mall to our car, snow started falling. “There’s your Christmas snow,” I said.

“It’s no fun when the first snow is after Christmas,” he replied.

“So was it a good Christmas anyway?” I asked.

That’s about as deep as a young teenager gets, so I took it as a good sign. When we got home I jumped onto Facebook to see what was new. I was greeted with this recent status update: “snow isnt any good if its like a week AFTER christmas >:(”

Listen, kid, when I  was your age…