My evening under the stars with David Bowie 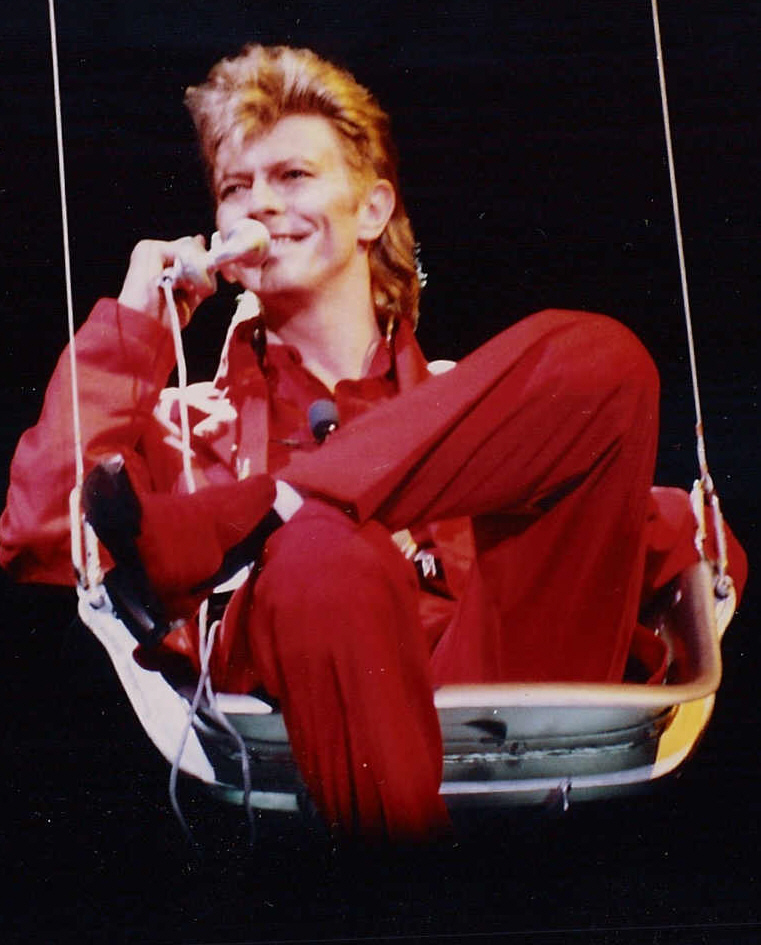 In my not-so-humble opinion, the worst album of 1987 had to have been David Bowie’s Never Let Me Down.

I wasn’t alone in that opinion as many reviewers said the same thing. But as I was flipping through vinyl at Q Records and Tapes that hot Miami summer in 1987, I couldn’t help but be enraptured by the album art. I was 15 (going on 16) and trying to figure out who I was. The vaudevillian character leaping off the front cover at me seemed like the kind of guy I could relate to…a little more refined than the alien he used to be, but still trying to explore different forms of self-expression. Just like me.

I dropped the needle onto the record when I got home and started grooving to the ultra-80s sound of a “modern” David Bowie. I found out he was going to be touring his Glass Spider Tour and told my friend Martin Parker. We bought a couple of tickets when they went on sale. The seats weren’t great, but we took turns distracting one of the security guards and were able to sneak onto the field of the Orange Bowl and disappear into the crowd.

I knew this concert was going to be huge. The publicity was insane. Bowie described it as the concert he had always wanted to do…half music, half theater. I remember seeing the huge outdoor stage topped with something that looked like a spider stuck to scaffolding. When the lights went down and the music started, I followed the spotlight to see David Bowie being lowered from the ceiling of the stage, wearing a red jump suit, and talking on the phone. He was narrating The Glass Spider story.

I won’t say the rest of the show was a blur, because I remember many parts of it quite vividly. But the one that really grabbed me was that it was unlike any show I had ever seen. It was equal parts rock concert and stage play. It was pure art: mixing music, theater, stage production, performance, visual art, and a touch of flamboyance into a story that didn’t make any sense. But at the same time it made all the sense in the world.

As I left the Orange Bowl that warm September evening, I finally had confirmation that it didn’t matter who I was or how much my ideas changed over time. I had finally found something I had been looking for: There was somebody in the world who could take that mess of mental confusion we “creatives” sometimes call creativity and mold it into something amazing.

Thank you, David, for that amazing evening in 1987. And thank you for helping me travel to dozens of other magical worlds in your short time here on our world.

I never thought I’d say this, but I’m really going to miss you.